Established in 1975, Power Engineering and Manufacturing specializes in the custom design and manufacturing of heavy duty gear boxes used in the oil and gas industries, among others. Their products operate throughout the U. S. and in more than forty-eight countries worldwide.

“After working with Synoptix we gained a

in our day-to-day business operations.”

Prior to working with Synoptix, PEM was wasting time exporting data to spreadsheets to create custom reports.

Looking to maximize the efficiencies gained from implementing one of Aptean’s leading ERPs, they chose Synoptix, also known as Advanced Reporting – the premiere reporting and business analytics software – to gain visibility into their Key Performance Indicators.

Before adopting Synoptix, Power was exporting their data into spreadsheets to create custom reports, but it proved much too time-consuming. Information needed to be tracked from disparate parts of the system, so exporting information out into spreadsheets became a difficult and time-consuming task – on top of the fact that accuracy was always a question mark. John Warren, President of Power, recalls that “there were a lot of times that we just didn’t have reports created for the type of information we needed at the time, and because of the time it would take us to create one, we simply did without. But it’s hard to make fact-based decisions when you don’t have the right information at your disposal when you need it.”

from the executive team all the way down to the employees who needed to make important daily decisions. “So you sort of flew by the seat of your pants,” Warren remembers, “because sometimes it just wasn’t feasible to go out and generate reports that had the data you needed.”

The information they needed exists in different places within the ERP system, it took a lot of time to search and get just the data you needed for a specific purpose.

Another related problem is that the information was in reports that had too much information and thus consumed a lot of paper, where they had to print it out and find exactly what they were looking for. So the company was as interested in not seeing irrelevant data as much as seeing the right data. “With Advanced Reporting,” says Warren, “I can create reports that give me only the information I need, without all the irrelevant data I used to have to go through. Sometimes it was like finding a needle in a haystack. Now, Advanced Reporting allows me to easily create exactly what I need, and then drill down for more details if I want more context.”

Warren illustrates how Synoptix has impacted Power’s business from an inventory perspective. While they used to make parts and place them in inventory, a report they were finally able to write in Synoptix changed all that. Giving them a clear picture of inventory items that hadn’t been sold or made in the last five years, the report showed it wasn’t profitable to stock parts. “Although we used to make parts for us because we thought it was cheaper to do it in bulk, it turns out that it wasn’t the case. That’s why we now only make-to-order. Synoptix has helped us change our business in a rather fundamental way.”

Warren says that Synoptix has helped them create many other types of reports as well that have increased efficiency. They’ve been able to create strategic reports such as production, profitability, sales by production hour, inventory control, purchasing, assembly, and many others. One particular example Warren highlights are their costing reports that empower each department to closely monitor the things they control. Now at their fingertips and the push of a button, they can easily see their budget, where they are, what they’ve spent, and what their costs are – allowing them to react quickly and make adjustments when necessary.

“I also have a dashboard that’s up all the time,” says Warren, “that I call Know-it-All. Consistent with its name it’s sort of a 360 dash showing accounts, dollar amounts, a balance sheet, orders, sales we’ve made, when they’re scheduled to be delivered, where the engineers are at the time, and a comparison to the balance sheet with a year-to-date and previous month. It’s essentially an information sheet I’ve set up so that I know how much our sales are, and what our projections are for the month and year. Because I want the latest information, I have it refreshing every minute. And of course, I can drill down on the numbers to get a detailed picture of where we are and how we’re doing. I love it! Overall, Advanced Reporting has given us an important competitive edge in our day-to-day business operations. I’d highly recommend it to any company looking to gain efficiencies and lower reporting costs.”

“I love it! Overall, (Synoptix) Advanced Reporting has given us an important competitive edge in our day-to-day business operations. I’d highly recommend it to any company looking to gain efficiencies and lower reporting costs.”– John Warren, President of PEM

Is Synoptix Business Intelligence Software Right for You?

Synoptix delivers on value. Not only will it take your reporting process from weeks to just minutes saving thousands of dollars per month, but it will allow users to simply double click on balances for detailed information rather than having to ask the Business Office.

Let’s see how your business intelligence reporting can be improved. 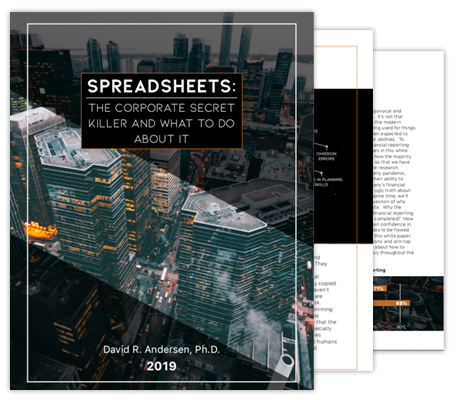 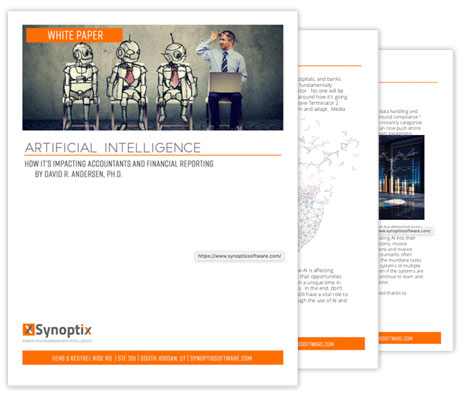 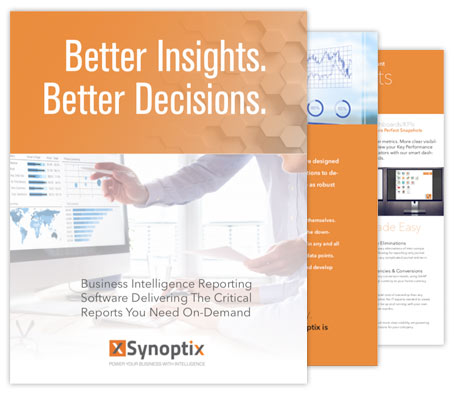 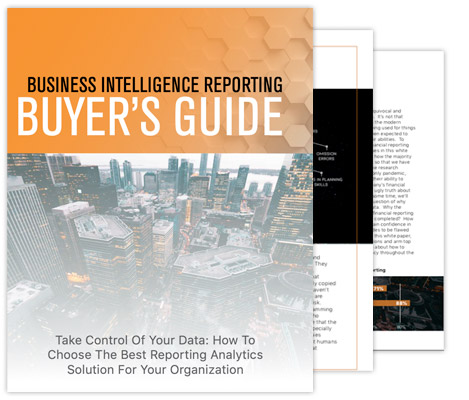 Download our free guide and learn how to choose the best reporting analytics solution for your organization.